All those who fought and served their country when they received the call, were men and women of courage, judgment, integrity and dedication. Where does dedication end? You can never put an end to dedication. After all, those who remain Prisoners of War or are still Missing in Action are still serving with never ending dedication. For them, it can never be over. For us, we can never let their sacrifices, or them, be forgotten. 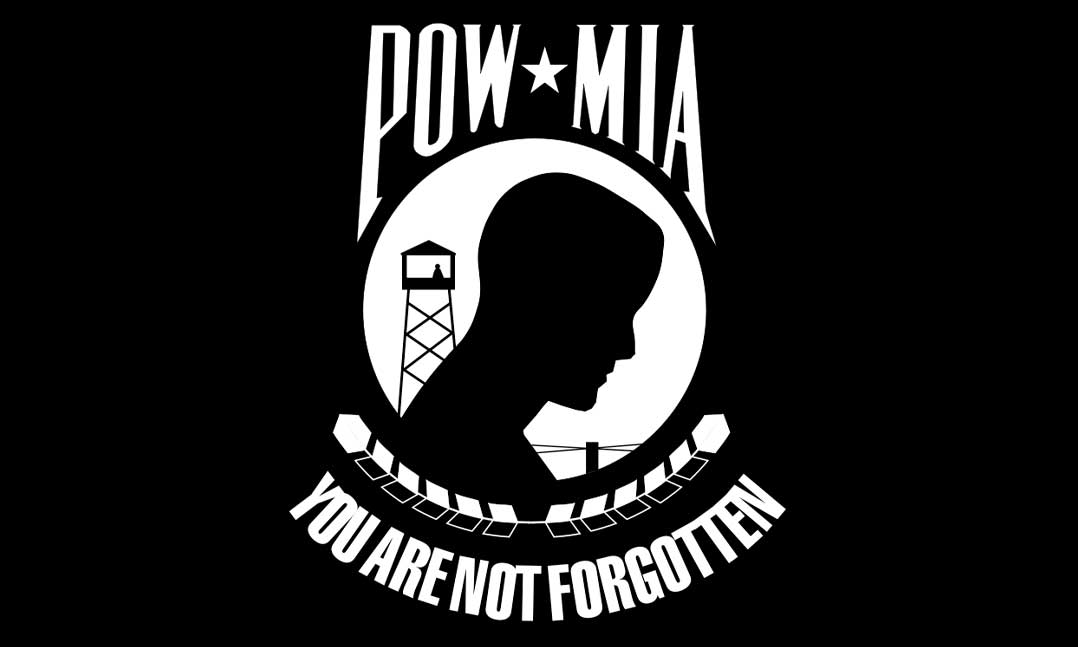 MIA Update: The Defense POW/MIA Accounting Agency announced six burial updates and ten new identifications for service members who have been missing and unaccounted-for from World War II and Korea. Returning home for burial with full military honors are:

-- Army Air Forces Staff Sgt. Walter Nies, 23, of Eureka, South Dakota, was assigned to 96th Bombardment Squadron, 2nd Bombardment Group, 15th Air Force. On Jan. 24, 1944, the B-17F Flying Fortress bomber on which he was serving as a tail gunner was shot down by enemy fighters. The crew was captured, and Nies was among those sent to Stalag Luft 6 prisoner of war camp. He died on May 28, 1944, after being shot. He will be buried in his hometown on Dec. 9, 2022. Read about Nies.


-- Army Pfc. Robert A. Wright, 18, of Whitesville, Kentucky, was assigned to Company C, 1st Battalion, 19th Infantry Regiment, 24th Infantry Division. He was reported missing in action on July 16, 1950, while fighting the North Korean People’s Army along the Kum River, north of Taejon, South Korea. As Wright’s body was not recovered nor was he listed as a prisoner of war, the Army issued a presumptive finding of death on Dec. 31, 1953. He will be buried in his hometown on Dec. 10, 2022. Read about Wright.

-- Army Cpl. Joseph H. Gunnoe, 21, of Charleston, West Virginia, was assigned to Company G, 112th Infantry Regiment, 28th Infantry Division. On Nov. 6, 1944, he was likely killed as his unit was driven from Vossenack, Germany, in the Hürtgen Forest, by a German attack. Gunnoe was never reported as a prisoner of war and no remains were recovered. He was declared killed in action following the war. He will be buried in his hometown on Dec. 14, 2022. Read about Gunnoe.

-- Army Sgt. Allen H. Tuttle, 23, of Tacoma, Washington, was assigned to Battery C, 38th Field Artillery Battalion, 2nd Infantry Division, 8th U.S. Army. He was reported missing in action on Dec. 2, 1950, after his unit’s attempted withdrawal from Kunu-ri, North Korea, following the battle of Ch’ongch’on. Later findings indicated that Tuttle had been a prisoner of war and died at POW Camp #5 in March 1951. He will be buried in Bellevue, Washington, on Dec. 16, 2022. Read about Tuttle.

-- Army Air Forces 2nd Lt. Wayne L. Dyer, 22, of Hobart, Oklahoma, was assigned to the 569th Bombardment Squadron, 390th Bombardment Group, 13th Bombardment Wing, 3rd Air Division, 8th Air Force. On May 29, 1944, the B-17G Flying Fortress bomber on which Dyer was serving as the navigator was shot down by enemy fighters northeast of Leipzig, Germany. His body was not recovered, nor was there evidence of him surviving or being a prisoner of war. A finding of death was issued a year after the crash. He will be buried in Killeen, Texas, on a date yet to be determined. Read about Dyer.

-- Army Air Forces Tech. Sgt. John M. Carroll, 32, of New York, New York, was assigned to 328th Bombardment Squadron, 93rd Bombardment Group, 9th Air Force. On Aug. 1, 1943, the B-24 Liberator aircraft on which Carroll was the radio operator crashed as a result of anti-aircraft fire during Operation Tidal Wave. Following the war, his remains could not be identified. He will be buried in Arlington National Cemetery, in Arlington, Virginia, on a date yet to be determined. Read about Carroll.

-- Army Air Forces 2nd Lt. William Scott, 21, was assigned to 68th Bombardment Squadron, 44th Bombardment Group, 8th Air Force. On Aug. 1, 1943, the B-24 Liberator aircraft on which Scott was the navigator crashed as a result of anti-aircraft fire during Operation Tidal Wave. Following the war, his remains could not be identified. Interment services are pending. Read about Scott.